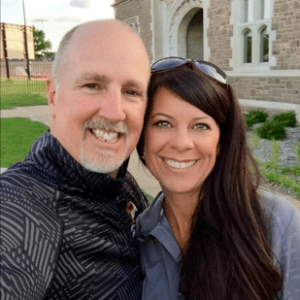 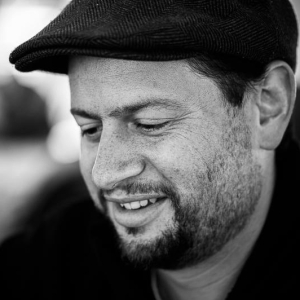 Risky Parenting in a Reckless World

“The name of the Lord is a strong tower;’ the righteous run to it, and are protected. ” Proverbs 18:10

When I was child growing up here in central Illinois, I attended church camp for a week or two every summer. Part of that camp experience included taking some free time and exploring the woods, creek, and ravines that were part of the property. Every day a group of us 8 – 12 year old boys would troop down into the woods, climb down into the creek bed, and look for adventures. One of the favorite adventures was to find one of several sheer faces of dirt where the ravine sides had dropped away (there were several of these “cliffs” and we names for all them, Champion’s Hill, Dragon’s Lair, Scorpion Hill, etc.). Once located, an enthusiastic game of King of the Hill would often ensue; either that, or a simple scramble to climb the hill in order to slide/tumble down over and over again. Respect was given to those boys who could tumble, slide, or climb the steepest parts of the hill or dominate the top by pushing challengers sliding down the red clay bank to the rocky creek below. We got incredibly dirty, we suffered bruises, jammed fingers, and taunts from one another. No matter what minor injuries we sustained, or what fights we might have been in, we always found our way to the creek (often going through nettles to get there) and back to the top of those “cliff” faces.

Looking back on those days, there were two things that were notably absent from those afternoons. Number one – adults. This was still the 80’s, after all. Number two – girls. Not that girls never came down in the woods, and not that there wasn’t occasionally a few that even joined us in our adventures as full partners in crime. But as a general rule, the girls were either too timid, too fastidious, or too intelligent to climb up a sheer muddy embankment simply to be thrown back down it again. These days will be forever etched in my mind largely for the sheer outrageous, wonderful, boyishness of it all.

Boys are risk takers. They build ramps for their bikes, they climb to the top of swing set, they show off, they drive too fast, they fight each other… they eventually become iron workers, electricians, soldiers, sailors, CEO’s, fishermen, business owners, miners, missionaries. Take even a cursory look at the riskiest professions (both physically and financially) and you will see men represented in the vast majority. Before I get too far, please do not misunderstand me, I am NOT suggesting that girls and women are weak or timid. Neither am I describing all men and all women identically. I am saying that as a general principle, men and boys and are far more likely to engage in aggressively risky behavior than women or girls. This is a self evident fact. I also suggest that it is an essential part of how we have been created and that this risk taking is a necessary component of a successful society. A culture in which the men are unwilling to take risks on behalf of themselves, their family, their beliefs, or their society is a culture that is dying.

This is true for our secular culture, it is also true for the Church. The call to follow Christ is not a call to live a life of sheltered safety. Service to others, the spread of the Gospel, contradicting evil; these are activities that can entail a significant amount of risk. The courage to lead out of fear of the Lord, not the fear of man is courage that will never come to someone seeking to play it perfectly safe in all things. The Kingdom of God requires men that are able and will take risks.

As an organization that ministers exclusively to young men and their families, these are the kind of things we think about all the time here at Salem. These are the kind of things that I think about as I raise my own two boys. The difference between a young man who is willing to take risks, and a young man who is merely reckless can be very slight. As parents, I firmly believe it is our job to provide, not just safety for a children, but the opportunity for risk. Yes, this means that sometimes they will get hurt, sometimes they’ll learn the hard way which risks not to take. Yes, we still need to use our parental good judgment and guidance in deciding what risks should be up to him and what risks should be left to us to eliminate, I am not advocating chaos.

I am, however, suggesting that sometimes we can achieve the opposite of our intended goals when we are over protective or shelter our children too much. A skinned knee is a natural consequence for falling off a bike, getting in a fight with a peer might be a natural consequence of making very poor choices with words and actions, rejection from a young lady may be a natural consequence for being a fool. A young man that has been sheltered from the natural consequences (and successes) that accompany risky behavior does not learn how to properly judge risk. Instead, he becomes reckless, making choices without regard for the potential consequences. When this happens he is more unsafe than he has ever been precisely at the moment when he needs to be able to independently look out for his own safety and to begin accepting responsibility for the safety of others (family, society, church, business).

Boys are risk takers. They have been designed by their Maker to be risk takers. Society seems to be continually pressuring us as parents to eliminate all risk of hurt or failure from our son’s lives. Resist this pressure, find ways to channel that aggressive or risk taking aspect of your son’s personality. Let him suffer the results of some risks gone wrong. Process it with him and help him to learn from it. The days when camp counselors could turn a group of 10 year olds loose in the woods and tell them to be back in an hour are gone, but between the muddy clothes, scraped knuckles, wet shoes, and bruised knees I learned a lot at Champion’s Hill that stuck with me. Lessons in perseverance, planning your path before you start to climb, what to let go and what to stand up for, that sometimes scary things turn out to be not as bad as you thought. Your son needs to learn these (and many other) things. Our society, and our churches, will need men that have taken the risk of being pushed down the hill a few times.

One comment on “Risky Parenting in a Reckless World”